The rise and rise of Plastic Surgery in China

I have been missing in action for a while, I have had a leg injury so bedrest, surgery, more bedrest… Won’t bore you with the details but basically I am « off the streets » for a while, which of course has considerably hindered my day-to-day observations of Modern China and of Beijing’s Belle du Jour, so my blog has been dormant. Sorry about that. This has given me the time to ponder a phenomenon that is exploding in China. Plastic surgery.

Recently on a plane to HK I decided to watch a random chinese ‘romcom’* starring Bai BaiHe, a lovely actress I met and photographed recently at the Carven event in Beijing.

« The Truth About Beauty »

What I did not expect was to enter a parallel universe where a ‘romantic comedy*’ became to my western eyes a new genre between horror and surrealism.

Bai BaiHe, is a young, lovely actress, pretty much the chinese equivalent to Amy Adams or Natalie Portman. At the begining of the story, she is « ugly » by Chinese standard. She wears glasses, her eyebrows have never met a tweezer they liked and her eyes are slanted. She is also bright, kind, friendly, top of her class but cannot get a job because she is too « ugly » and people laugh when she shows up. My eyes were already like saucers by that point. 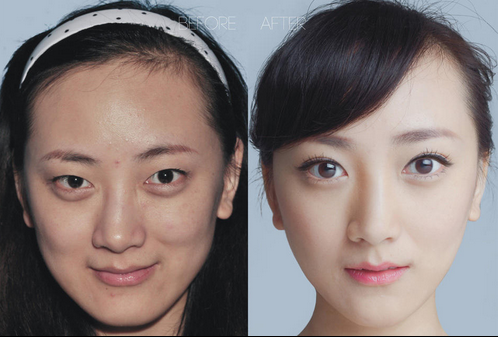 Her best friend only wants what’s best for her, so she pushes our heroin to get eye surgery, (as you do) to ‘get her dream job’.  Our fearless « Ugly ducking » sees a few surgeons in shoddy offices and yet she promptly gets a double-eyelid surgery and what do you know? She gets the job… The surgeon actually tells her that ‘making herself beautiful is a patriotic duty to better represent modern China’, or something to that effect. By now my jaw is on the floor.

For the rest of the movie, she will pretty much return under the knife every time she stumbles in her pursuit of either a job promotion or « The One ». Little by little she seemingly on credit gets a chin implant, a nose job, new lips, breast implants and her life keeps improving! Her friends compliment her, her life becomes easier. Each procedure is a walk in the park and her healing process is fast and easy (so jealous)  She briefly returns to her village where is hailed like a hero by the villagers (I kid you not, autographs and everything)

while her « humble-hard-working » parents shake their heads before embracing their ‘new daughter’.  It’s a « comedy », so at some point, her new chin slides to the side of her face, but have no fear, the surgeon fixes it promptly and in the spur of the moment decides to give her new tits… for free… She gets a great job, the boy and a baby… He is supposed to look like the real her, so in the last shot, the baby turns to the camera and he looks like a miniature Chinese version of Prince Charles in Spitting Image. The End.

Basically what I guess was supposed to be a satire of China’s current obsession with plastic surgery probably sent more girls running to get under the knife. With over $5 billion dollars annually, China is currently the third biggest market for plastic surgery, right behind the US and Brazil. Ads flourish in elevators, subways and magazines presenting The « perfect face ». Surgeons in Korea are swamped with young girls asking for what the rest of China mockingly refers to as « SNAKE FACE ». Big round eyes, a pointy chin, a big raised front head, high nose. Custom officers in China now demand upon return to the homeland a letter from the surgeons with certified before and after pictures as the faces are virtually unrecognisable. However, homegrown ‘beauty clinics’ more or less legal and above board are opening up everywhere and at ¥3800 *about 500 euros – one can technically go for the ‘Double Eyelid’ procedure on a lunch break. 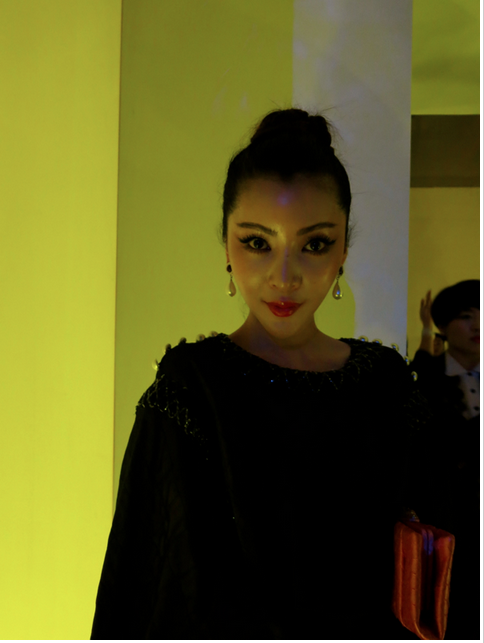 In the West (Europe, USA, basically everywhere not China or Brazil) Plastic surgery isn’t usually something people brag about. Celebrities do it, but the ‘nips and tucks’ remain confidential.

In China, it means you have money.

The artificial faces are odd and quite strange but whether acquired under the knife or with the support of make up like for Miss Winny here  are the new ‘ideal’.

The strange and disturbing thing, is that in China ‘beauty discrimination’ is very real and utterly un-penalized. My (beautiful) and tall (1,76 cm) assistant Denise told me that when she started working right after law school she noticed that the entire paralegal staff at her firm was as tall as she is. She mentioned this to a colleague that immediately admitted « Oh yes, they don’t like short people around here, we are all tall ». So much for merit and hard work.

Some chinese men or women feeling too ‘short’ will undergo an excruciating procedure to grow a few inches by having their legs bones broken and forced to regrow with pins and pulls. It is not uncommon for ‘marriage wanted’ ads to mention the height of the would-be groom or bride.

For some people surgery is seen as a mean to purse the « Chinese dream » :

Kind of in that order. 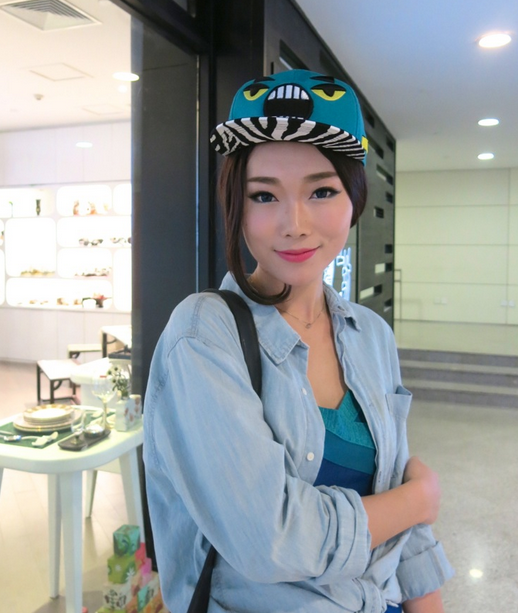 Barbie lost in the big City

men do it too