Not a meal is served in China without tea. Tea is everywhere and is essential to the culture. In that respect, it is very similar to bread in France, more perhaps, as french people seldom offer bread to visiting guests. Chinese people drink tea or hot water all day and everywhere. Cabbies sip their « water bottles » where a few leaves float on their rides. The invisible army of ‘Ayis’ that cleans the nation silently from malls to homes carries everywhere a tea container made from recycled glass jars or classic thermos. Ikea who rarely changes its products from country to country adapted to the chinese market and created a ubiquitous and cheap thermos that is daily snapped up by the thousands in its stores. Beijing is a dry city and everyone drinks tea and water – all day, all year. It is the most democratic link to all Chinese people. 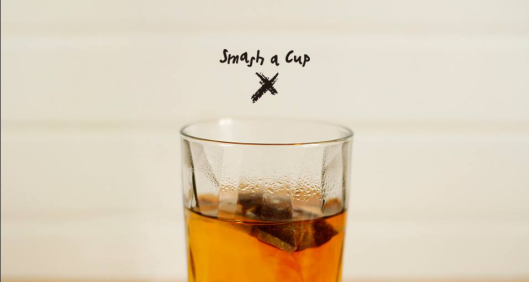 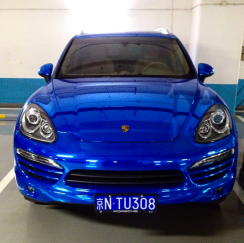 Random images from yesterday in Beijing. A long queue at Apple Sanlitun for the new iPhone 6 and a Papa Smurf blue Porsche parked at Guomao Mall. A stern contrast with the classic eternal China that pops in one’s mind when thinking of « Tea in China ».

It’s in this landscape that three super cool and bold Chinese women entrepreneurs decided to do the impossible and IMPORT tea into China!

Li Geng 李耕 a graphic designer and her partners Li Zhang Yipeng 张一鹏 and Pang Yue 李耕 decided to merge their talent to create an alternative brand of teas and well-being products « Made in China » with a different vision.

Smash A Cup is made from 100% Rooisbos teas. Rooisbos are made exclusively from a South African bush. Caffeine free, delicious and packed with antioxidants they are becoming more and more popular in the West. Rooibos teas are however quite new to China. I first noticed Smash a Cup at Strawberry Music Festival among the many stands because their colorful posters were quite unusual.  I was impressed by the beautiful recycled cardboard packaging imprinted with their logos, the carefully folded packets and then I tried the teas. Delicious. I bought Vanilla. They gave me a poster. 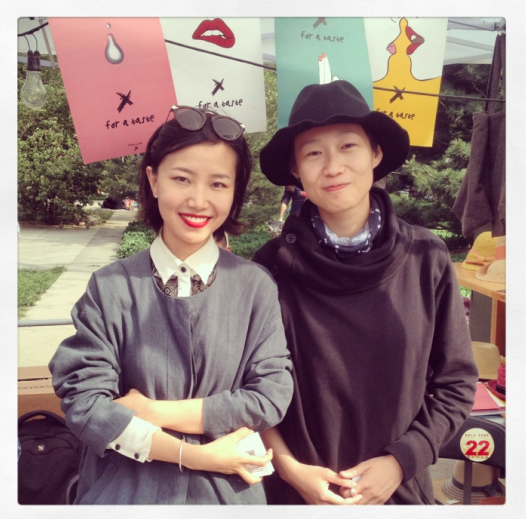 ‘Smash a Cup’ was created in 2013, it’s still a small company and right now they are growing steadily with the domestic market alone (and its 1.4 Billion tea drinkers) but the plan is to move forward into international markets quite soon.

They are expanding the line into cookies and later hot chocolate and coffees to create a brand of « affordable delicious luxurious drinks ». Of course these are all baby-steps but the products are already adopted by many high-ends cafés, boutiques and spas all over China and wholesale clients and customers can purchase the products on Taobao. Ever the Hub of Chinese enterprises.

What struck me when I first met them was how bold their idea of ‘importing tea into China’ is, but also how very brave to flaunt their sexuality in such beautiful subliminally suggestive posters to sell TEAS into puritanical and conservative China. Li Geng designed those tongue-in-cheek posters knowing that most of the people they meet at festivals and markets will never get their meanings.

The poster for « Smash a Cup » designed by Li Geng

When I asked Geng about them, she gave me a mischivious grin… « Those who know what they are looking at can see, the others will never see it and that’s ok too ».

And that’s OK too indeed. 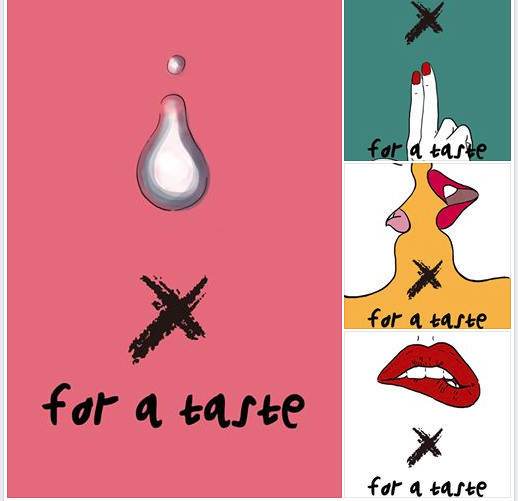 My favorite is mint.

(Smash a Cup is available on Taobao. If you want to buy wholesale or are interested in the products, contact them via their Facebook page or email me and I will transfer the information directly.)

4 réflexions à propos de “ For all the tea in China… SMASH A CUP! ”