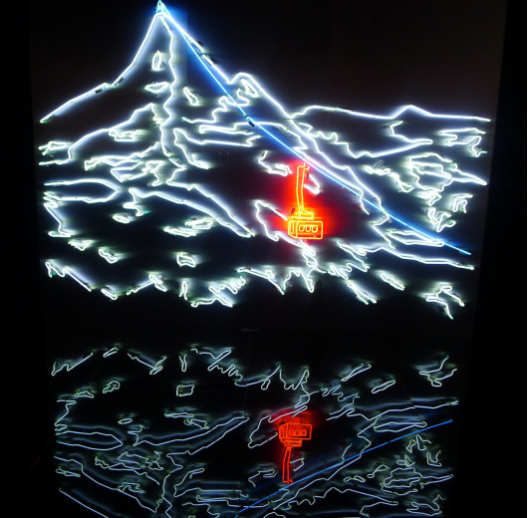 The artist Kong Lingnan in her atelier in the 318 Art District, Beijing. She is wearing an outfit from the Evening collection.

The first time I saw her, a year ago, I was impressed by her impeccable style at the most exclusive event of the season in Beijing. She was wearing a taupe cashmere cape with a sweet wool Peter Pan collar, clutching her emerald green silk pouch. Kong Lingnan was standing still in a sea of rushing people moving in and out of the Vogue 120th Anniversary exhibition. Seemingly oblivious to the scene of the fabulous people from all over China and Hong Kong moving, pushing, laughing, sipping champagne and elbowing their way to the nearest photographers all around her. She was waiting for her friend, fellow CAFA* alumni fashion designer Yu Wanning who had dressed her for the event.

Kong Lingnan in her ‘Evening’ by Yu Waning extraodinary outfit.

I remember that her nails had the most beautiful shade of navy blue.  I commented on the incredible neon piece behind her, she giggled sweetly and told me that she had created it.

In front of the legendary VOGUE cover by Erwin Blumenfeld

It took me a while to track her down. I saw her briefly at Chanel’s Little Black Jacket party in Beijing. This time she wore a beautiful and colorful Jil Sander silk dress.

The woman knows fashion, but she confessed that it is more an occupational hazard than a passion. In Beijing, like in any other world capital, the Art and Fashion scene are constantly mixing and for this quiet and amazing artist, it’s all part and parcel of getting visibility for her work. 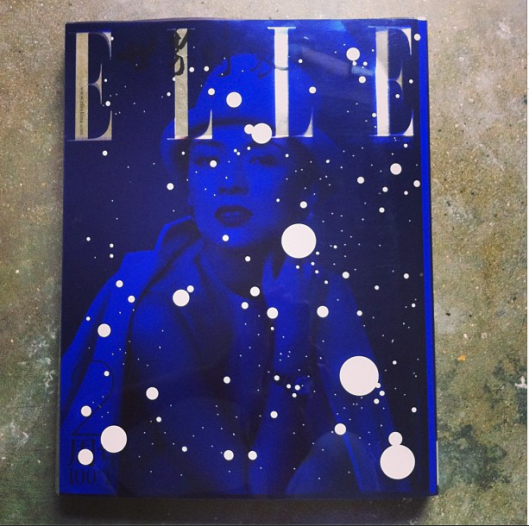 A collaboration between China ELLE and Kong Lingnan in 2013. « Four Season » a painted constellation for each season. Here ‘Autumn ».

Kong Lingnan is one of the strongest new talent from the Chinese contemporary art scene.  Born in 1983 in the North East province of Jinlin,  she graduated from the very respected school of Beijing CAFA (*Chinese Academy of Fine Art) in 2007.  Then, she worked for a year as a graphic designer before moving on to painting. Although her English is hesitant she is very precise in the explanations of her art.

Looking at it this week, This painting « Girl » remind me of the movie « Gravity ».

Her big and mesmerizing pieces depict oddly familiar scenes. A plane crashed in a snowy mountain, constellations, a heartbreaking trio of beached whales, a couple fighting in the middle of nowhere, a girl clutching what seems to be a space engine, a submarine emerging… The figures depicted feel incredibly lonely and anxious but she is quick to point out that she is not interested in guiding the narrative of her paintings. 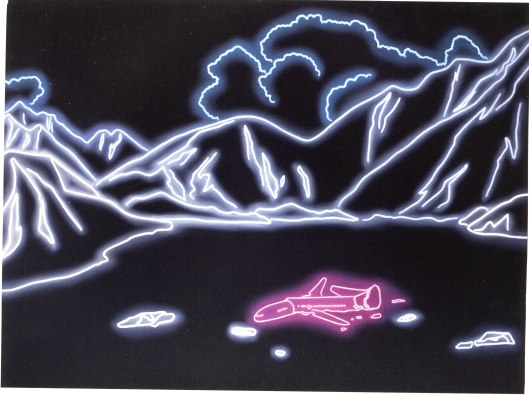 She painstakingly recreates with brushes and oil paint the cold yet visually arresting effect of neon creating a fascinating contrast between the ‘festive’ feel of neon and the dreamlike eeriness of her scenes. Most of them seemingly commenting on a lonely, cruel or violent act. 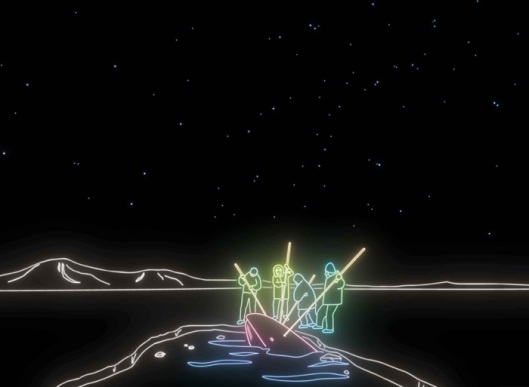 Yang Shaobin, her mentor and a famous painter in China describes her art: « Her attitude toward reality is detached, dubious and pessimistic, subscribing to no preconceived values, trusting in no pre-existing systems, and wary of overburdening her work with social significance. »

We, the viewers are free to project our anxiety or emotions unto her art. ‘I have no judgement’ she said of one of her piece which to me depicted a rape or murder scene.

‘Painting in not a language’ she said. « How much you feel, what your visual response is to my art, is really up to you ».

Her rare and carefully edited Instagram images are just as interesting.

After a solo exhibition at UCCA* in 2011, and a few collective ones in China, she is currently thinking of moving abroad for the first time in her life. She would like to spend a year in New York and explore a more abstract way of painting. 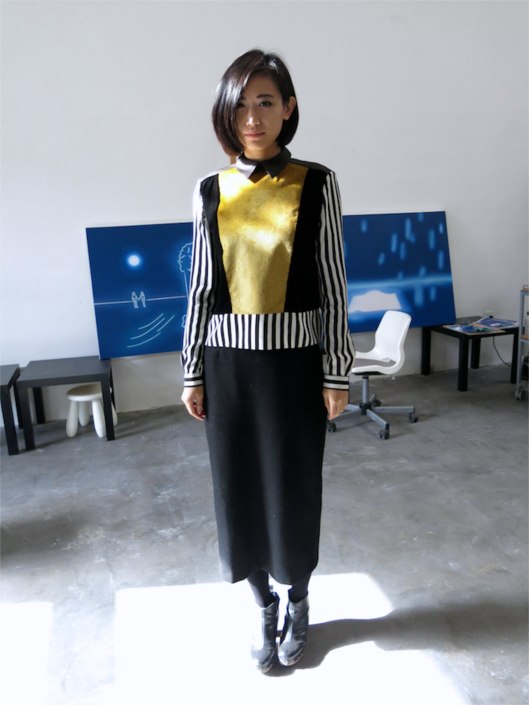 New York will no doubt inspire her. The best is yet to be seen.

The french version this blog is on Le Monde.fr  Style section « Swinging Pékin »          The Chinese version is on China Vogue http://bit.ly/184cFDy