Today is my last day in China.

DuYang, Miss China – All photos by me.

Today is my last day. In two hours I will be picked up and head for the airport with no less than 7 suitcases, the keys of my house will be on the table along with my SIM card. We have said our goodbyes to everyone and I hope to return soon, but know better than to speculate as to when.

How fitting then that my last Belle du Jour is officially « the Prettiest girl in the land ». DuYang, the ‘real’ Miss China PR 2014 (crowned until September 2015).

I have had a spectacular time in China.

It is a cliché, but this amazing land of smoke and mirrors is never what it seems. Do not believe most of what you read about China, it has already changed, and it has been an education trying to break down some of its components. The fashion landscape for one has shifted so much even in the four years I have just spent trying to understand it.

In 2013 I co-wrote the fashion & Beauty section Louis Vuitton City Guide of Beijing, published in 2014. This book was their first in Beijing, so we were quite an army of ‘specialists’ each detailing our best addresses. When it came out in 2014, it was probably the best informed guide of Beijing on the market. Now it is as obsolete as if it came out in the 80s. At least in terms of fashion. *But I would not hold my breath on the coolest bars or clubs either. Most of the boutiques I wrote about have either folded or are replaced by shinier cooler stores. International multi-brands stores like 10 CC or Maria Luisa have entered the fray. Cool girls in Beijing are more and more hunting for niche brands and high-end luxury has shifted away from the establishment to bring more low-key designers into the conversation.

And of course, there is the matter of the new president. He is cleaning house and it has affected everything here but most of all the luxury markets. 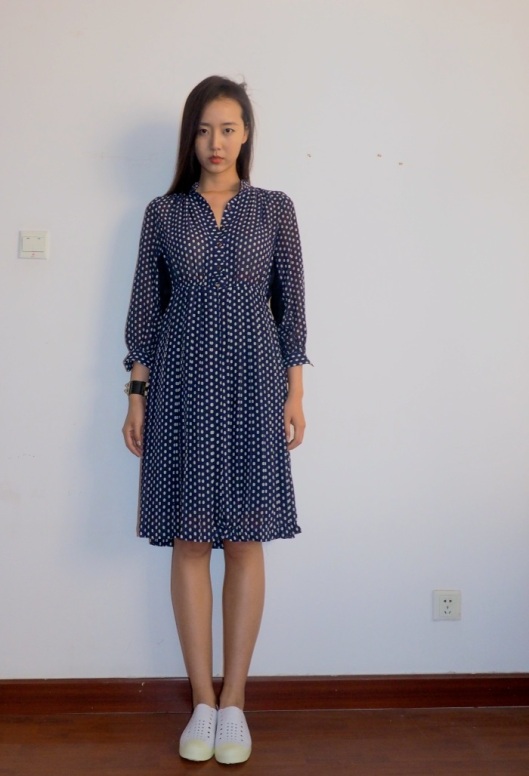 DuYang in a lovely vintage dress I found on Gulou at « Me & Too » the irresistible ascension of vintage in China is a new phenomenon amongst the stylish set. Most of the vintage in China comes from Japan, so the silhouette are quite small and perfect for the Chinese frames. Shoes Jefferson Native on Taobao (where else?)

My rise to the ranks of ‘top shoppers’ will now come to an end. We joked last night that the ‘kuaidi’ (the delivery men) that cover my area will probably think I died.

In four years, I have discovered and contributed not a little to the expansion of the Chinese retailing giant Taobao. I fell head first into it and am now almost on the 6th levels of (VIP) madness. I think I will miss Taobao the most when it comes to daily surprises and the infinite fun of finding things ‘that cannot possibly exist’ over and over online in China. Maison Michel, Mansur Gavriel, the latest japanese or korean beauty product, Guesquière’s La Petite Malle… Name it and it is already there at all sorts of prices. 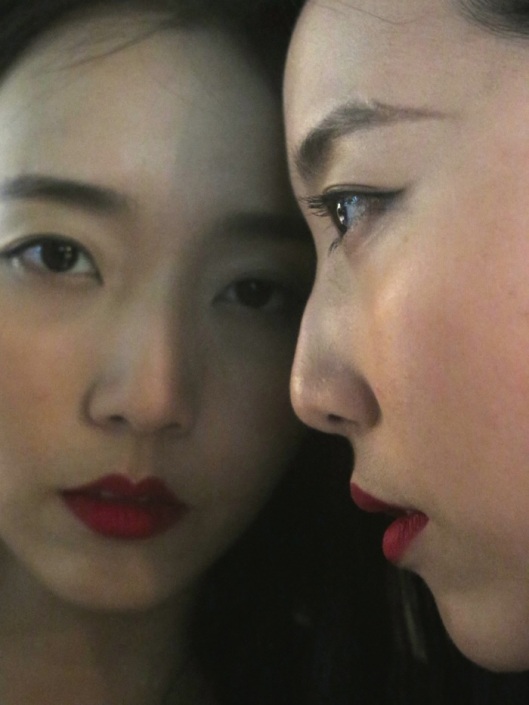 Of course, I will miss most the « Belle du Jour ». I have been injured since the beginning of this year, and so this blog came to an almost complete stop (couldn’t walk) and now my clock has run out on China. Chinese girls are spectacular and i have sincerely adored photographing them all over the city and present them in all their spectacular outfits and coolness in these posts. They have been a constant joy and I have adored meeting them and seeing their sincere joy at being complimented whenever I pointed my camera in their direction. SO a sincere thank you to all my Belle du Jour.

A few days earlier this dress was my ‘I Love Lucy’ costume… DuYang made it slightly edgier… What do you think Lady London? (wink)

I was lucky that when I started, I think, I was the first to photograph regularly the streets of Beijing. Of course, now selfie-mania has swept the land with its ubiquitous selfie-sticks and Sanlitun is now wall-to-wall filled with photographers shooting the girls that come out expecting to be shot. January 2014 was the turning point and it has become less fun to look for style in the streets, less fun but still MORE interesting by miles than the streets of Paris or Milan, in my opinion of course

10 minutes to upload smiling DuYang here, some aspects of China I will most definitely NOT miss. Grrr…

A big thank you to DuYang and Denise for one fun afternoon spent with Bidisha shooting these images. She was nervous, I had images in my head that involved night street lights, smoke, heels and a general « film noir » ambiance. It was sweltering and of course it was daylight, so we stayed in my empty appartment and played with the walls, the light and the little clothes not packed away. She was sweet and patient. Voila! Denise, I will miss you. You are wonderful. A bientôt.

I am picked up in one hour now. So time to wrap this up. I will continue this post soon… THANK YOU to everybody I have met and everyone of my friends. You know who you are. 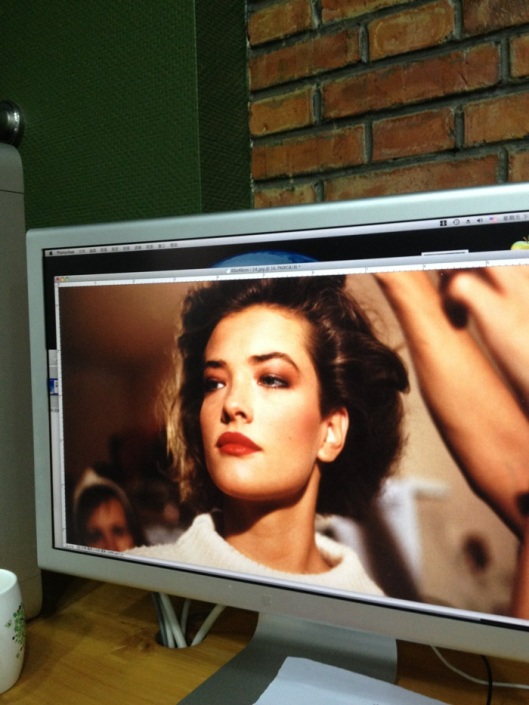 This will be my next project and I thank Denise, Nicole, YanMei and Ma Zhuo Jun for having made it possible.

See you all soon.

I will continue blogging in my next city. It might be Istanbul, it might be another fabulous place and I will share it with you. I also want to quickly add that my next move will be to try to find the right publisher for the ALAIA treasures that i have. My wonderful Denise and I have scanned and picked an additional 150 pictures I think… They have been painstakingly ‘cleaned’ and restaured professionally in Beijing by the best lab ever and I will try to get them ‘Out There’ by 2016.